Implicit Egotism on the Baseball Diamond: Why Peter Piper Prefers to Pitch for the Pittsburgh Pirates 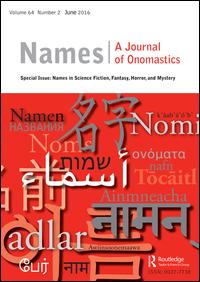 Research on “implicit egotism” indicates that people tend to react positively to anything that reminds them of themselves, including their own names and the letters in their names. Names can have effects (presumably unconscious ones) even on people's choices of mates and careers. Nelson and Simmons (2007) presented evidence suggesting that people are attracted to name-resembling outcomes even when those outcomes undermine their conscious goals. For example, they found that major league baseball players with first or last names starting with the letter K strike out (i.e., record a “K”) at a rate greater than that of other players. The present archival study tested the hypothesis that Nelson and Simmons's finding was due in part to pitchers (who are generally poor batters) being over-represented among players with names starting with K. Parallel analyses were run for the letter P (the first letter in the word pitcher). Results provide some support for the idea that implicit egotism has implications not only for players' performances, but also for the positions they prefer to play on the field.