Choices and Patterns of English Names among Taiwanese Students 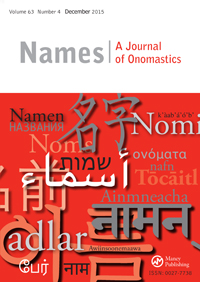