R is for Rebecca: A Consonant and Consummate Haunting 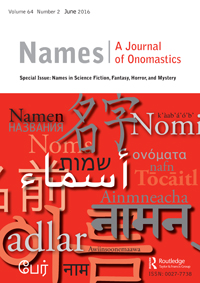 In Daphne du Maurier’s Rebecca (1938), the narrator, a second wife, is haunted by her predecessor’s first initial. A towering R is the signature mark of the infamous Rebecca, a woman presumed to have drowned, but revealed to have been murdered. The most visible manifestation of Rebecca’s ghostly presence is her omnipresent initial. So impactful is the R on the narrator’s psyche, that the initial consumes her own given name, of which not a single letter is revealed. Reasons for the narrator’s concealed name are considered. These include her need for protection from a malevolent spirit, her desire for anonymity, and her obsession with her ethereal rival, who appears not as a disembodied haunting, but as the very tangible letter R.