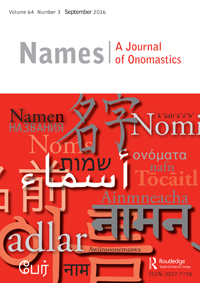 A common strategy in naming a newborn is “namesaking,” that is, the practice of naming the newborn after a specific family member. Namesaking may be considered a unique form of parental investment, advertising the connection between the newborn and specific kinfolk. Namesaking patterns were assessed in rural, south-central Nebraska by examining 841 birth announcements printed in a local newspaper during the calendar years 1994 and 2014. Results indicated that male newborns were significantly more likely to be namesaked than female newborns; first-born children were more likely to be namesaked than later-born children; and namesaked newborns were more likely to be named after paternal relatives than maternal relatives. These findings suggest that namesaking may be a way of preserving familial connections within rural, south-central Nebraska.