Women’s Marital Surname Change by Bride’s Age and Jurisdiction of Residence: A Replication 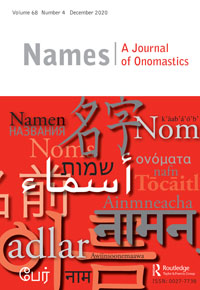 Hyphenating or keeping premarital surname for all U.S. destination brides marrying in Hawai’i in 2010 was highly, positively correlated with a state-level women’s income measure (r = .78, p < .000) and the analogous statistic for men (r = .64, p < .000), by bride’s state of residence. The women’s measure, only, remained significant when both predictors were used, together, to predict retention/hyphenation (i.e., under regression of both predictors). The interaction of state Gini coefficient and the women’s income measure was positively predictive in a regression including the interaction components as predictors (adjusted-R2 = .66). None of several other predictors suggested by previous research or related to Gini index or income, testable using available, state-level data, were predictive (under regression) alongside the women’s income measure. The older the bride, from any jurisdiction, the more likely she is to hyphenate or keep her surname (χ2 for linear trend = 1754.65, p < .000). These analyses comprise a nearly direct replication of previous work, adding novel analyses. Taken together, the original and replicated study may show evidence consistent with a general practice of women taking into account local economic factors, in marital surname decision-making.